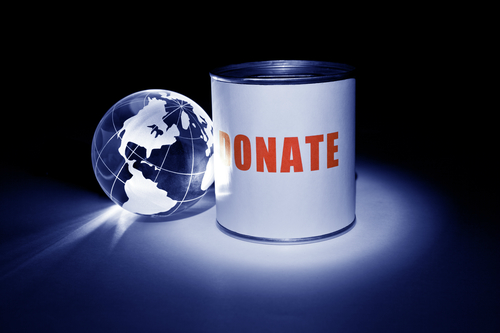 Thanks to ALLAH Azzawajal! As Muslims all our acts should be in the name ALLAH Azzawajal and for the benefit of mankind. As per our faith, we are in this world for a limited time, and have to leave soon and go to another world after death. There we will be answerable for every deed. Good deeds will be rewarded and evil deed swill be punished. As we are here for limited time (remember the Prophets, Kings and common men they all left and we will leave soon) we should make efforts for virtuous deeds do good deeds. It’s possible that the next moment would be our last breath. So we should try to add to our good deeds as much as possible.

To build a mosque is indeed a noble deed which will be rewarded well in next life by ALLAH. Particularly here in Europe (dar-ul-kufer), it is much more important to build a Mosque and this Inshah Allah will be rewarded even better by the Grace of ALLAH Azzawajal. It is also very important that we contribute in the construction of a place where we and our next generations can pray to ALLAH Azzawajal. Such deeds can protect us from the evil deeds making or Akhirat blissful not only for us but also for generations to come particularly, German born generations.

In Quran in Surah AL-Hadeed, verse no. 18, it is stated: “Indeed the charity-giving men and women, and those who lend an excellent loan to Allah – for them is doubled, and for them is an honorable reward”.

One Hadith states: “Whoever builds a Mosque for Allah’s will, Allah will build a house in paradise” (Narrated by Bukhari and Muslim).

So here we have a genuine opportunity to spend our wealth in the name of ALLAH and rewarded from ALLAH Azzawajal as stated above in Quran and Hadith.

Pakistani Mosque as established in 1996 and is located at a walking distance of 5 minutes from Hamburg Main Train Station (HBF).The Mosque is built in a rented basement. On the ground floor is a Café and the noise in the cafe is quite disturbing, especially during prayers. Keeping in view the above problems, Idara management has been putting efforts to raise funds for building the Mosque. Hereby on behalf of Pak Islamic Majlis management, we would like to make a humble request to all the Muslims of the world to generously contribute for this virtuous objective.

Please note this would be your Sadqa-e-Jaria and you will be blessed till the Mosque remains there. People will pray and our children will get Islamic education and will pray for you. JAZAKLALLAH HU KHAIRA