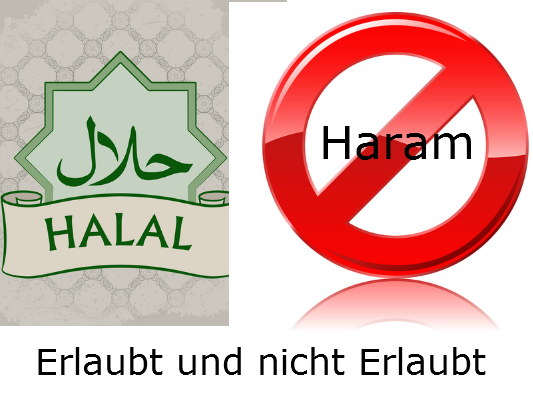 O mankind! Eat of that which is lawful and good on the earth, and follow not the footsteps of Shaitân (Satan). Verily, he is to you an open enemy. (Quran 2.168)

O you who believe (in the Oneness of Allah – Islamic Monotheism)! Eat of the lawful things that We have provided you with, and be grateful to Allah, if it is indeed He Whom you worship. (Quran 2.172)

Allah says (interpretation of the meaning):

“Forbidden to you (for food) are: Al‑Maitah (the dead animals — cattle — beast not slaughtered), blood, the flesh of swine, and that on which Allaah’s Name has not been mentioned while slaughtering (that which has been slaughtered as a sacrifice for others than Allaah, or has been slaughtered for idols) and that which has been killed by strangling, or by a violent blow, or by a headlong fall, or by the goring of horns — and that which has been (partly) eaten by a wild animal — unless you are able to slaughter it (before its death) ‑ and that which is sacrificed (slaughtered) on An‑Nusub (stone‑altars). (Forbidden) also is to use arrows seeking luck or decision; (all) that is Fisqun (disobedience of Allaah and sin). This day, those who disbelieved have given up all hope of your religion; so fear them not, but fear Me. This day, I have perfected your religion for you, completed My Favour upon you, and have chosen for you Islam as your religion. But as for him who is forced by severe hunger, with no inclination to sin (such can eat these above mentioned meats), then surely, Allaah is Oft‑Forgiving, Most Merciful”

“And why should you not eat of that (meat) on which Allaah’s Name has been pronounced (at the time of slaughtering the animal), while He has explained to you in detail what is forbidden to you, except under compulsion of necessity?”

“O you who believe! Make not unlawful the tayyibaat (all that is good) which Allaah has made lawful to you, and transgress not. Verily, Allaah does not like the transgressors.” [al-Maa’idah 5:87]

“Say: ‘Who has forbidden the adornment with clothes given by Allaah, which He has produced for His slaves, and al-Tayyibaat [all kinds of halaal (lawful) things] of food?’ Say: ‘They are, in the life of this world, for those who believe, (and) exclusively for them (believers) on the Day of Resurrection (the disbelievers will not share them).’ Thus We explain the aayaat (Islamic law) in detail for people who have knowledge.” [al-A‘raaf 7:32]

“Say: ‘Tell me, what provision Allaah has sent down to you! And you have made of it lawful and unlawful.’ Say: ‘has Allaah permitted you (to do so), or do you invent a lie against Allaah?’” [Yoonus 10:59]